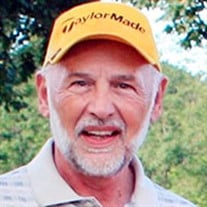 Taylor, Bernard A. "Bernie" age 80, of Minneapolis, passed away suddenly on December 11, 2021. Preceded in death by parents Bernard and Margaret Gould Taylor, brother David Taylor, Kay Paxton (mother of Julie and Bernie Jr.), and granddaughter Marlene Taylor. Bernie was born in Bemidji and moved to Excelsior with his family when he was 10 years old. When Bernie was 14, his family moved to Minneapolis, and he lived in the city nearly all his life. He graduated from DeLaSalle High School in 1959 and graduated from the College of St. Thomas in 1965 with a degree in Journalism. Bernie worked as an advertising consultant for most of his career with Northrup King, Super Valu, OK Hardware, Jackie Ann Salon, before starting his own firm, Taylor & Pearson. Bernie also worked at Glass Medic, the L.L. Bean store at the Mall of America, and the University of Minnesota, where he was an usher for athletic events for the past 10 years. Bernie's quick smile and easygoing manner made him many friends wherever he went. Bernie always had a positive outlook on life, and his good mood was infectious. Bernie had many passions: skiing, golf, books, dogs, the North Shore, photography, and most of all, family and friends. If there was an event involving any member of his extended family, Bernie was there for it. Bernie was a passionate golfer, with two holes-in-one to his credit, and he played his final round on December 1st of this year. Bernie's love of golf was shared by his brother Dave, and they played many rounds together over the years. Bernie also played softball past his 60th birthday, including several seasons playing on the same team with his son Mark. Bernie was rarely without his camera, and his nature photography appeared in the Star Tribune several times, as well as in several calendars and books. Bernie was on the neighborhood committee that helped plan Fuller Park in the mid-1970's: Bernie lived across the street from the park for many years. Bernie took pride in his remarkable ability to forge connections with animals, and he called himself a "dog whisperer" for his skill in befriending dogs of all kinds. Services will be held at Washburn-McReavy Funeral Home, 5000 West 50th St., Edina at 11AM on Saturday, January 15th, 2022. Visitation from 10-11AM. Memorials preferred to: TPT-Twin Cities PBS or the Superior Hiking Trail. Survived by daughter Julie, sons Bernie Jr. (Angela) and Mark (Pondie), Carol Taylor (mother of Mark), nephews Dave (Cathy) and John (Mandy), niece Amy (Kevin), 6 grandchildren: Amber, Michelle, Avada, Grayson, Miles, and Vivien, 1 great-grandson: Maddox, partner Sue Smedberg, and numerous other relatives.

The family of Bernie Taylor created this Life Tributes page to make it easy to share your memories.

Taylor, Bernard A. &quot;Bernie&quot; age 80, of Minneapolis, passed away...

Send flowers to the Taylor family.