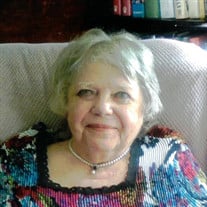 Anne Marie Thelander entered her forever home due to cancer on May 2, 2022, at the age of 93. She spent all but four days in her own home, surrounded by beloved family and friends. There are 93 years worth of stories to share but choose to hit the highlights of a life well lived. In March of 1929, Axel and Marie Berggren welcomed their youngest daughter and named her Anne Marie. She joined her sisters, Emily and Mildred, and brother Carl, all who preceded her in death. Although born a Seventh-Day Adventist, Anne had a life-long interest in the study and understanding of the philosophy of religion. Her desire to learn fueled her love of books which covered a variety of interests. And because she was so well read, Anne always enjoyed a good debate over many sides of intellectual opinions. In 1966 Anne received a Bachelor of Arts from the University of Minnesota in social work and nursing. Anne had a short career as a nurse at the University of Minnesota hospital and then worked as a social worker in Hennepin County with unwed mothers. Anne was very proud of these achievements. Due to her mother's and her own struggle with mental illness, Anne developed a deep passion for mental health awareness and the urgent need to expose, educate, and advocate for mental health care. It was through this challenge that she met her prefect match. Paul Thelander and Anne Marie married in November of 1953 and from that moment on, it was always, "Paul and Anne." They were a team, a partnership, and a love affair through all of life's ups and downs. Together they created their business A.C.E.-American Chemical Enterprises, but unfortunately their business did not have a chance to grow due to hardships that sent their lives in a different direction. Throughout their lives, Paul and Anne were surrounded with extended family and friends who loved and supported them until their final days. There has been a group of deeply committed individuals who have enhanced Anne's quality of life, her contentment at being homebound, and provided a connection to a community within her own home, and encouraged her through life's difficult obstacles, but also celebrated life's joys. So a big "Thank You" to: Sarah, Pat, Sue, Bonnie, Seini, Kristen, Kari, niece Carmela, great-nephews Jimmy, Paul, and Carlos, Doctor Sandra, Doctor Beckwith, and Doctor Dhruvan for all the loving care provided to Miss. Anne. And the employees of Hennepin Home Healthcare whose services kept Anne at her beloved home. Some of the staff had been with Anne for several years-CJ a decade, Tamara and Kendra for a handful of years, and Penny for 12 years. They were not only PCAs, but an extension of Anne's family and friends. Anne was a lifelong resident of Minneapolis. She would describe how she would walk to school through a pasture that is currently where Ann Sullivan school is located. She never grew tired of seeing Minneapolis evolve and expand, and was excited about the developing city-that is until 2020 when she no longer recognized the city she gave her heart and loyalty to. There she was handicapped, vulnerable, alone, and scared. I believe Anne could have died back then because her home healthcare workers were also scared to brave the unsettling riots to get to Anne's home, and I do not blame them for looking out for their safety as well. But Penny, Anne's most loyal, loving, supportive, caring PCA worker, threaded her way to Anne's home twice a day despite threats to herself and damage to her car. Anne survived because Penny risked her safety to ensure Anne's. There are heroes and there are unsung heroes. I personally would like to sing Penny's praise. Because of her dedication to Miss. Anne, she provided another two years of love, laughter, togetherness, and memories with Anne Marie. Anne was a daughter, sister, student, employee, mom, mentor, and wife. She was proud of her Norwegian and Swedish ancestry. She was strong-minded, determined, gentle, and intelligent. Her values never faltered. If you needed a helping hand, she would give you two. She would give anyone the shirt off her back, then give them a room to sleep in and hot food to eat. Anne believed in God and had hope for this Country. She struggled with her mental health, but she never gave up. Anne appreciated and enjoyed her friends. She loved her family and had waited since 1997 to be with her husband, Paul. Meanwhile she loved her books, talking on the phone, and her cat. Now as we walk with Anne down her final mile to lay her earthly remains to rest, I give thanks and praise to God for having the privilege of knowing her, learning from her, and loving her. And saying, "Goodbye" with a grateful heart, because we couldn't say goodbye if there was never a "Hello." Until we meet again.

Anne Marie Thelander entered her forever home due to cancer on May 2, 2022, at the age of 93. She spent all but four days in her own home, surrounded by beloved family and friends. There are 93 years worth of stories to share but choose to hit... View Obituary & Service Information

The family of Anne Marie Thelander created this Life Tributes page to make it easy to share your memories.

Anne Marie Thelander entered her forever home due to cancer on...

Send flowers to the Thelander family.