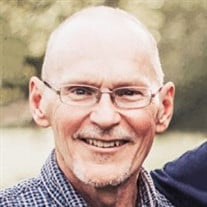 Alan Lee Morrison, age 71, of Brooklyn Park passed away at home surrounded by his loving family on January 28th 2022 after courageously battling Lung Cancer for over five years. He is survived by his loving wife of 51 years Patti, daughters Carrie (Marty) Collova, Andrea ( Bernard ) O’Brien, grandchildren Berlyn, Chloe, Jameson, Mart, Sam and Lola, GrandDogs, father-in-law Richard Bialka and a large extended family including half siblings Al, Lori, Mark and Scott. Preceded in death by his son Michael Andrew, father Charles Skeels, mother Arlene Rakow Morrison, brother Gary Morrison and mother-in-law Millie Bialka. Alan earned a Bachelor of Science Degree in Business from the University of Minnesota. He served in the United States Army from 1972 to 1974 in the Special Forces Unit, but never experienced combat. He had a well-established career in the retail-grocery business until his retirement in 2012. He enjoyed his morning jogs and was an avid reader. On weekends he would retreat to the cabin, where often times you would find him out on the lake cruising around on his pontoon, or in nature enjoying wildlife, trees and observing bald eagles. He found much happiness in listening to music. He had an extensive collection of music on records, cassettes, CD’s and his Spotify play list. Country, Americana, Blues and Classic Rock were some of his favorite genres. He was a wonderful grandfather and you would often find him attending many sporting events and dance recitals. A special thanks to North Memorial Health Cancer Care Center and Hospice Care. His family will miss his gentleness, kindness and everlasting love. We will especially miss those beautiful blue eyes. We will continue to listen to his favorite music to keep his spirit close to us. In lieu of flowers the family requests that donations be directed to North Memorial Health Cancer Care or Hospice Care. northmemorial.com Celebration of Life will be held February 5th 2022 at 11 AM with visitation one hour prior to service at Washburn-McReavy Hillside Chapel, 2610 19th Ave NE. Minneapolis with a reception to follow. Private burial will be at Fort Snelling National Cemetery on a later date.

Alan Lee Morrison, age 71, of Brooklyn Park passed away at home surrounded by his loving family on January 28th 2022 after courageously battling Lung Cancer for over five years. He is survived by his loving wife of 51 years Patti, daughters... View Obituary & Service Information

The family of Alan Lee Morrison created this Life Tributes page to make it easy to share your memories.

Send flowers to the Morrison family.